Improvement of the GPS signal by terrestrial means 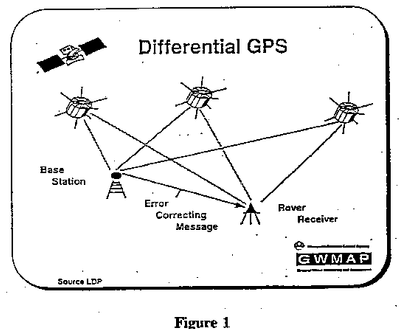 The Differential Global Positioning System (DGPS) is an augmented version of the satellite-based Global Positioning System (GPS) operated by the US Air Force.  The GPS was originally designed to provide two levels of service: an open-signal L1 service for public use and an encrypted L2 service for military use.  The L1 service utilized selective availability (SA) to degrade the basic signal so that position accuracy was limited to about 100 meters.  The L2 signal provided a position accuracy of about 15 meters.  The US Coast Guard and others began experimenting with technologies to improve the reliability of the L1 signal.  The Coast Guard found that, by building a transceiver site at a precisely located point, it could accurately measure the difference between the L1 signal received and the signal that should have been received.  This “correction” could be applied so that the GPS receiver indicated the correct position.  Since other GPS receivers nearby were having the same SA and related issues, the Coast Guard could broadcast its correction for application by others.  As a result, ships and other units with GPS receivers and access to a DGPS signal could obtain position accuracies of up to one meter.  By 1999, the Coast Guard had constructed its Maritime DGPS chain of sites providing coverage for most US coastal waters (Atlantic, Gulf, and Pacific), as well as the Great Lakes and the Mississippi River basin.  The Canadian Coast Guard provided similar coverage for Canadian waters.  Various European nations and Australia have established slightly different systems that also provide GPS corrections.  The US Department of Transportation has established the Nationwide DGPS (NDGPS) to provide the GPS corrective signal almost everywhere in the United States.  The Federal Aviation Administration (FAA) is utilizing geosynchronous satellites to transmit a somewhat similar corrective signal, called the Wide Area Augmentation System (WAAS) for use primarily in the aviation sector. 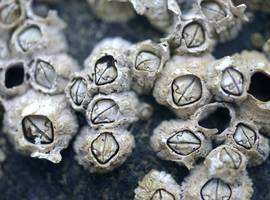