On August 17, 1929, the US Coast Guard conducted its first and only execution 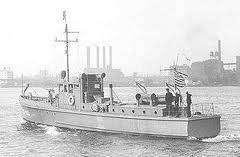 James Horace Alderman had been convicted in federal court in Miami of the murder of two Coast Guardsmen and one Secret Service agent.  Alderman was a notorious smuggler of alcoholic beverages – a rum runner – during the heyday of the Prohibition Era.  He called himself the “King of the Rum Runners” in South Florida.  In some ways, he was a miniature Al Capone.  To many in the area, he was a folk hero, supplying booze that was withheld by the federal government.  He dispensed equal parts of charity, corruption, and violence throughout the Miami-Fort Lauderdale area, while smuggling liquor from the Bahamas to South Florida.  On August 7, 1927, the 75-foot Coast Guard patrol boat CG-249, based in Fort Lauderdale, was transporting Secret Service agent Robert Webster to the Bahamas to investigate reports of counterfeit US currency.  Half-way across, the patrol boat encountered a speedboat headed the other direction.  Boatswain Sydney Sanderlin, the officer in charge of the patrol boat, directed the speedboat to halt.  The speedboat, operated by Alderman and with an accomplice onboard, tried to flee.  Alderman ignored the first warning shot, but stopped when the patrol boat fired its machine gun.  Sanderlin sent one of his crew onboard to check the situation.  The crewman quickly found 20 cases of liquor stashed in the engine space.  Sanderlin ordered Alderman and his accomplice onto the patrol boat, after checking to ensure that they were unarmed.  While Sanderlin went to the bridge to call his headquarters for instructions, Alderman asked a crewman for permission to go back aboard the speedboat to retrieve his jacket; the crewman assented.  Alderman retrieved not only his jacket, but also a pistol.  When Alderman returned to the patrol boat, he shot Sanderlin in back, killing him instantly.  Alderman then grabbed Sanderlin’s .45 caliber pistol.  Alderman shot and severely wounded a second Coast Guardsman (he died four days later).  Alderman ordered the remaining federal officers onto the speedboat and directed his accomplice to get the speedboat underway.  When the accomplice experienced engine trouble, Alderman turned to inquire as to the trouble.  The unarmed federal officers jumped him.   Alderman shot the Secret Service agent, killing him instantly.  He shot and wounded another Coast Guardsman, who survived.  By then, the federal officers had overwhelmed Alderman.  His accomplice gave up without a struggle.  After a speedy trial, Alderman was convicted of three counts of murder in the first degree within the special maritime and territorial jurisdiction of the United States and was sentenced to suffer death by hanging.  His appeal to the US Supreme Court was denied, as was his request for clemency from President Herbert Hoover.  The judge directed that Alderman be executed in the Broward County Jail in Fort Lauderdale.  The County Commissioners, concerned about potential fallout from executing a local folk hero and about potential adverse impact on tourism, declined.  The judge then ordered that the execution be performed at the nearest federal facility to the jail – which happened be Coast Guard Base 6 in Fort Lauderdale.  At 5:00 a.m., on Saturday, August 17, 1929, the US Coast Guard carried out the judge’s order, hanging James Horace Alderman from a hastily constructed gallows in the seaplane hangar, two years and ten days after he committed his murders. 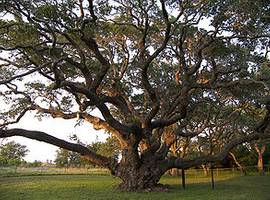