Despite slurs, the industry has always wanted better bunker fuel 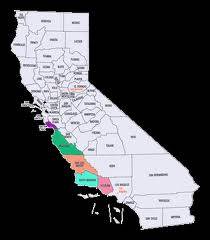 With the US and Canadian Emission Control Area due to take effect from August 1 -- supported by the whole industry-- there has been some confusion as to why the Pacific Merchant Shipping Association continued its legal challenge against the California Air Resources Board and the “local rule” that set low sulfur limits within 24 nm of the coast.

The rule was introduced in 2009 but the PMSA fought the issue in the courts, with a final ruling from the Supreme Court rejecting the PMSA effort.

Environmental groups gloated over the victory. The ruling “finally puts an end to industry's attempts to shirk responsibility and reduce air pollution that's threatening the health of millions of Californians," said Melissa Lin Perilla, a lawyer for the Natural Resources Defense Council. (One wonders what the council is like when it loses a case.)

No shirking was ever involved. As the PMSA said right from the start, the objection was to the state punching above its weight and taking on powers that the federal government should have. All ship owners have pushed for reductions in sulfur content.

An industry insider put it this way, “This case was never about sulfur content of fuel but the proper jurisdictional role and reach of CARB (3nm vs. 24nm). PMSA and others have supported the creation of the US/Canadian Emission Control Area mandating low sulfur fuel which goes out to 200 nautical miles.”

Says a statement from the shipping association: “It is only through the application of consistent and harmonized federal and international standards that meaningful and sustainable emission reductions from ships engaged in international trade on the high seas will be obtained. To that end, we look forward to the implementation of off-shore emission controls as sanctioned by the International Maritime Organization. Regardless of the outcome of this case, the maritime industry will continue to lead international efforts to reduce air emissions, and we will continue our successful efforts to reduce emissions from vessels that travel not only in California's waters, but in trade around the world."

The industry has been buffeted by different and sometimes contradictory rules within the USA during the last 10 years, while continually being told to keep strictly to IMO and MARPOL rules. California’s low sulfur regulations are adding to that burden.

As an indication of differing rules, the Coast Guard now says that it will use ISO standards and not those of the IMO when examining low sulfur test results.

Perhaps the natural resources council will criticize the Coast Guard for shirking its responsibilities as well.