Battle of the Virginia Capes

While tactically indecisive, this French-British naval engagement led directly to the British defeat in the American Revolutionary War and the independence of the United States of America 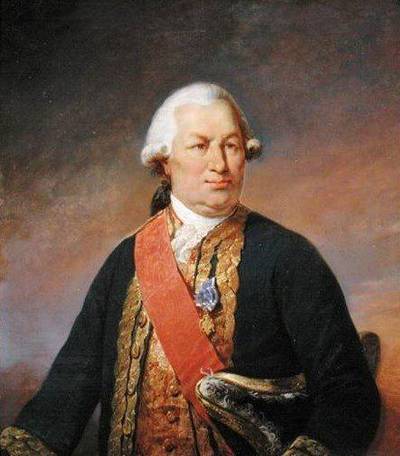 When British Lieutenant General Lord Cornwallis got himself and his army cornered in Yorktown, Virginia in August 1781, he called upon the Royal Navy to exculpate him.  At the same time, American General George Washington and French General Comte de Rochambeau showed that they could also play chess, calling upon the French fleet in the West Indies, under the command of Rear Admiral François Joseph Paul, Comte de Grasse, to block the anticipated Royal Navy maneuver and support their forces in the Chesapeake Bay.  Admiral de Grasse arrived off the mouth of the Chesapeake Bay with 24 ships of the line on 30 August.  Royal Navy Admiral Sir Thomas Graves arrived off Chesapeake Bay on 5 August with 19 ships of the line.  The French fleet sailed out to meet the British fleet off the Virginia Capes.  The Royal Navy vessels had the windward gauge, but this proved of little value.  Neither of the two fleets were fully battle-worthy, being undermanned and in poor repair.  Visibility was marginal with both sides underestimating the number of opposing vessels.  The fleets took up opposing lines of battle while sailing almost due east.  There were few thunderous broadsides and, after four hours, both fleets broke off due to darkness.  The French suffered two ships seriously damaged and about two hundred sailors and marines killed or wounded.  The Royal Navy scuttled one ship and five others incurred serious damage.  About 340 sailors and Royal Marines were killed or wounded.  Neither side offered battle the next day.  For several days the two fleets maneuvered for advantage, but no shots were fired.  On 9 September, a smaller French fleet arrived with siege guns for the French and American armies encircling Cornwallis.  On 13 September, Admiral Graves ordered his fleet back to New York for repairs and provisioning.  On hearing the results of the Battle of the Virginia Capes, King George III wrote that “after the knowledge of the defeat of our fleet, I nearly think the empire ruined.”  He was nearly right, as least with regard to that particular portion of the British Empire.  Admiral Graves sailed from New York for Chesapeake Bay with 25 ships of the line on 19 October.  General Cornwallis in Yorktown had surrendered to Generals Washington and Rochambeau two days earlier.  General Washington wrote to Admiral de Grasse: “You will have observed that, whatever efforts are made by the land armies, the navy must have the casting vote in the present conflict.”