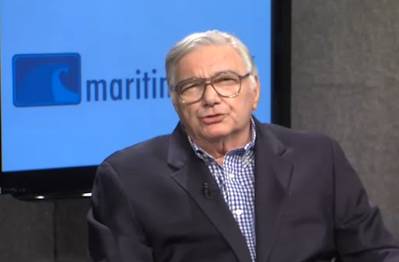 Listen in as Maritime Professional, once again in concert with Maritime TV, presents a compelling interview with one of the most interesting people on the domestic waterfront.

A fascinating interview with author Mike Balzano, adviser to Presidents Nixon, Reagan and Bush who worked closely with MEBA union leader Jesse Calhoun to support the maritime industry. Mr. Balzano discusses his book, “Building a New Majority”, which prominently features the maritime industry in a frank discussion on how America needs to revitalize the working class by fostering support of the industrial trades with a policy to replace the master craftsman of the 20th century, sparking real growth in America’s manufacturing base. The maritime industry and shipbuilding will be integral to this revitalization, and Balzano questions how our nation can be prepared to win a major war with a merchant fleet of 200-300 ships when we’re so reliant on countries (and potential adversaries) like China and its thousands of merchant vessels that supply our ports every day.