Posted to Maritime Musings (byDennis Bryant) on May 28, 2013 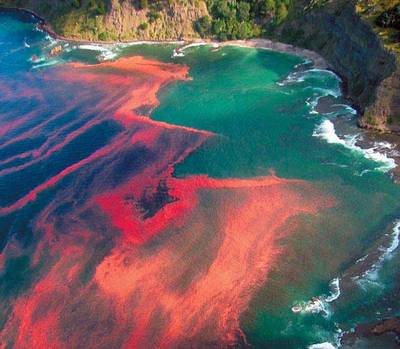 Algae are single-celled protists (primitive organisms with both plant and animal characteristics) also known as phytoplankton.  There are a wide variety of algae and they are commonly found in fresh water and marine environments.  In certain conditions, particularly when favored nutrients such as phosphates are in abundance, algae can propagate rapidly and form large concentrations known as blooms.  Algae blooms can serve as a food source for aquatic animals and, as they die, return nutrients to an ecosystem.  In some situations, though, algae blooms can be harmful.  In still water, the blooms can reduce the oxygen level to the point that aquatic animals die of asphyxiation.  I lived in Cleveland, Ohio in the early 1970’s and observed several algae blooms in Lake Erie.  Many dead fish washed up on shore.  The city obtained its drinking water from the lake.  They could kill the algae, but could not keep the water from turning a light shade of green.  Beer and wine were acceptable alternatives.  Some algae, primarily dinoflagellates, contain red or brown photosynthetic pigments.  When these algae experience a bloom, it can change the color of the water and cause what is commonly called a red tide.  Red tides can be not only unsightly but also harmful.  This is because they may host concentrations of natural toxins.  These toxins can kill fish and other aquatic animals.  Shellfish, being filter feeders, can rapidly acquire high levels of these toxins, enough to induce illness and sometimes death in humans that consume them.  The blooms can also cause eye and respiratory problems for swimmers, boaters, and persons ashore who come into contact with contaminated ocean mist.  While human-induced pollution is a major factor in the prevalence of harmful algae blooms or red tides, there are natural causes as well.  The first documented red tide was in waters off British Columbia in 1793. 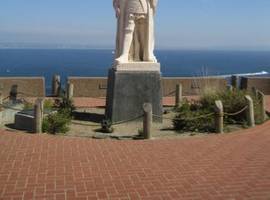 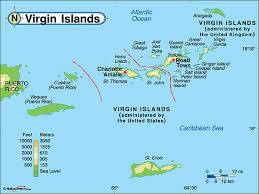