Africa is about to import a bad habit from the US

The continent wants to set up a cabotage regime 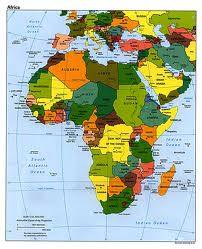 The Jones Act could be on its way to Africa. The continent’s seaboard nations (plus a couple of landlocked supporters) want the African Union (the theoretical equivalent of the European Union) to make a law barring non-African-owned vessels from shipping cargo between member countries.

All the talk is of “encouraging” and “promoting” cabotage. Yet this rosy-eyed view flies in the face of a report by the World Economic Forum that cabotage is very costly and backfires on the participants. So much so, says the forum, that shippers in the US could save up to $200 million a  year if foreign-flagged vessels were allowed to ply between domestic ports. And, some 500,000 containers would be removed from road transport.

Facts like this will do nothing to deter Africa. Having some experience and knowledge of its ports and vessel fleets I can predict pretty closely what will happen. The World Bank will be hauled in to pay for studies and consultants. In the first instance the consultants will come from the country with the most advanced economy, South Africa. However, the phenomenon that typifies the economics of developing countries will come into play, namely, sub-contracting and sub-sub-contracting. European and US institutions will be roped in with a mandate to prove that cabotage is beneficial. There will be no question of an impartial review.

Then the real problem will start. Most of Africa’s own fleet is in a pretty woeful state and cannot supply the necessary goods. (New vessels are mostly time-chartered on a sub-sub-leasing basis.) Virtually all the serious cargo carrying is done by international fleets. So the difficulty will arise of how to fill the gap left by Maersk (under the Safmarine flag) and the rest.

Step forward the World Bank again and soft lending agencies, particularly those like the US Import-Export Bank. The consultants will be wheeled out again to conjure up a figure of how much is needed and how many vessels. Most surprisingly, the solution will be to use the idled ships of the world’s commercial fleets, which are thought to make up 10 percent of total capacity.

Those will be chartered out to the African nations, supposedly until their own fleets are built up. The end result – the same carriers will continue to carry the same goods and everyone will be happy.

The alternative that could make nonsense of this scenario is China. It could offer to finance all and every vessel, with much more lucrative terms for the borrowers, and then become the sole supplier to Africa.