On three coasts, three pilot disputes – like a bad penny that keeps turning up – refuse to go away. Domestic and international stakeholders from sea-to-shining-sea are watching very carefully from the cheap seats.

The U.S. system of marine pilot oversight is a familiar one to most of us. Individual states have the right to govern commerce on their own waterways as they see fit. When it comes to deciding who will be trusted to guide large, deep draft tonnage into their blue water ports, the standard business model calls for one association – typically described as ‘state pilots’ – to perform all of this work (at least the registered, foreign flag variety), without outside competition, governed by a local pilot board of one sort or another.

By and large, these state pilots do a good job and most of us would concede that – with rare exception – they keep our ports safe when it comes to supervising marine traffic. Also with rare exception, they are handsomely rewarded for their efforts. Today’s so-called ‘state pilot’ is among the highest compensated job descriptions on the planet. Outside, looking in, there are many other similarly qualified maritime professionals who would also like to do this work. That’s not surprising. By and large, however, and without the inside track to secure state pilotage jobs, they toil as federally licensed pilots, and are limited to guiding enrolled, U.S. flag or Navy vessels. And since there simply aren’t too many of these vessels left, it can be difficult to make a living doing so.

Occasionally, there comes a challenge to the status quo, which, in most cases, is easily brushed aside. State pilots have deep pockets, staying power when it comes to protracted disputes, friends in high places, and real incentives to ensure that nothing changes. And, when the question of whether the system might benefit from suitable competition that would produce more palatable pricing for users comes up, the ‘safety’ card is always played. Simply stated, they say, “You can’t put a price on safety. Competition that is based on providing service at a lower price will ultimately also produce a situation that compromises safety.” It is, on its face, a compelling argument and one which rarely fails.

After a period of relative quiet on the collective waterfront, especially when it comes to the commonly accepted ‘state pilot’ formula, the last year or so has produced some interesting news. And, while no one is ready to concede that the system is about to come crashing down, the gray noise from the outside is starting to build. In three ports, the challenges have grown to be more than just an annoyance.

Way out West on the Left Coast, the latest challenge to business as usual is pretty much all but settled. Or, is it? In 2016, a jury awarded a woman $3.6 million in a gender discrimination lawsuit filed against the Puget Sound Pilot Commission. Later, appeals and negotiations subsequently pushed the award to more than $6 million. Now, ocean carriers may end up having to fund the award. Port users and stakeholders, long held hostage to regular rate increases, have always (reluctantly but dutifully) anted up when it comes to operational costs. But this is something different. And, the users and stakeholders are pushing back.

Thousands of miles away, in Galveston, Texas, another drama is unfolding as a group of federally licensed pilots are petitioning for the right to pilot registered, deep draft tonnage on Galveston Bay. A secondary discussion to the more widely-publicized rate increase requested by the Gal-Tex pilots, the effort involves maritime professionals who don’t necessarily want to join the local Gal-Tex group; instead, they want to form their own competing association. These federal pilot hopefuls base their argument for a State Issued license, in part, on the premise that “Perpetuities and monopolies are contrary to the genius of a free government, and shall never be allowed, nor shall the law of primogeniture or entailments ever be in force in this State.” That – apparently – is Texas state law.

The Texas case could well be headed for court. The case is a unique one, bringing what the local attorney – working the case for free for his clients – says is the incongruity of a ‘state pilot’ system that appears to be in direct contradiction to state law. What happens next is anyone’s guess, but for now, this is one challenge which doesn’t hinge on who has the most money to pay for attorneys.

Still another case – this time in Port Canaveral, Florida – involves a local federal pilot who (according to his attorney) has a contract with the U.S. Navy to pilot Navy vessels. That pilot now finds himself on the outside looking in as local federal officials, despite a contract with this federal pilot, are apparently using others. Ultimately, and unless the Navy comes around to the federal pilot’s way of thinking, the spat will possibly pit him against another state pilot organization. There is, of course, more to the story than that. And, who knows who is right or wrong or even how it will turn out? But, that’s actually not the point of this article.

Without a doubt, the Seattle case is an unusual one for no other reason than the decision gave the local pilot system a black eye. That doesn’t happen very often. But, with cases like this one and others in places like Florida and Texas; it is probably time to take a closer look at the consequences when it does. For his part, and in this very space not too long ago, John McLaurin, president of the Pacific Merchant Shipping Association, asked simply, “Who should pay for a $6 million gender discrimination lawsuit involving a woman who was denied a pilot license in Puget Sound?”

The case in Seattle has nothing to do with the one in Texas, and perhaps has even less in common with the fracas in Florida. And, yet, both pending cases, at least on the surface, rely on reasonable interpretations of the law and are unlikely to go away any time soon. Moreover, it is a good bet that these three disagreements, rare as they might be, won’t be the last ones in the arena of U.S. marine pilot oversight. As we saw in Seattle, sometimes the system loses. Again, that doesn’t happen very often. What if that ‘constant’ changes? Perhaps it is time to figure out who is going to foot the (sometimes pricey) bill when it does. Is it you? – MarPro

Joseph Keefe is a 1980 (Deck) graduate of the Massachusetts Maritime Academy and the lead commentator of MaritimeProfessional.com. Additionally, he is Editor of both Maritime Logistics Professional and MarineNews print magazines. He can be reached at jkeefe@maritimeprofessional.com or at Keefe@marinelink.com. MaritimeProfessional.com is the largest business networking site devoted to the marine industry. Each day thousands of industry professionals around the world log on to network, connect, and communicate.

Improving the Utility of Multiple Choice Questions in Maritime Training

“Big Data” and What it Will Mean for Maritime Training: “The Art of the Possible” 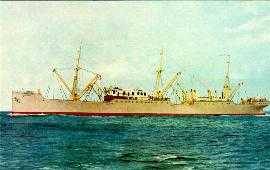