Posted to Registration of BBCD vessel under Indian flag opposed (byJoseph Fonseca) on May 19, 2010

With foreign shipping companies like American Eagle Tankers, dredging giants, and others getting set to flag in their vessels, Indian ship owners have raised their pitch against the move by the government to allow registration of ships acquired through the bare boat cum charter demise (BBCD) route. Accordingly, they have opposed the proposed amendment of the Merchant Shipping Act (1958) for enabling registration of BBCD vessels not fully owned by Indian entities.
BBCD is a form of lease financing where vessels are under the command of ship owners (charterer) without ownership rights. In other words it is a facilitative method of acquiring ships whenever the financing cost is either very high or when external commercial borrowings (ECBs) are difficult. Only at the end of the contract, does the vessel ownership passes to the ship owner against a certain balloon payment. So far in India vessels under BBCD do not fly the Indian flag, but come under the Indian flag at the end of the contract.
The reason for opposing the move as presented by S. Hajara, President of Indian National Shipowners’ Association (INSA) to the government is that by registering BBCD vessels the government would effectively be providing them cargo support at par with Indian flag vessels even though the ship continues to be owned by those outside India. It would also confer upon them the same status as that of an Indian owned Indian flag vessel which would give them the right in terms of Right of First Refusal (ROFR).  Not owning a maritime asset also has the consequent effect that the tonnage is not controlled by the Indian government.
By allowing flagging in of BBCD ships, the government would in fact be granting incentives that would flow outward instead of being owned in India. This is contrary to the direct ownership route, where substantial portion of freight earnings are retained in India contributing significantly to the Indian economy by way of multiplier effect whereas no such benefit would accrue to the nation if BBCD ships are given such benefits.
Another issue that has been raised with the government is that the ownership of BBCD vessels remains with the foreign owner until the charterer meets with the final commitment - usually the payment of the final installment including interest as per the BBCD contract / document. Even a single default enables the owner to repossess the vessel without even enforcing a mortgage or similar process. This facilitates misuse since an operator would fully utilize the incentives and willingly create a default thereby ensuring that the vessel is repossessed.
Such eventuality exists as India allows 100% FDI. Thus a foreign company could create an Indian set up and bring in vessels on BBCD basis from its own ownership abroad. Such an entity will exploit the benefits of cargo support on BBCD vessels and after doing so, create a default and allow the foreign ownership to repossess the vessel thus creating no value addition to the Indian economy though the benefits of Indian cargo would have got exploited fully.

Fundraising Drive to Support Families of Guardians in Helicopter Tragedy 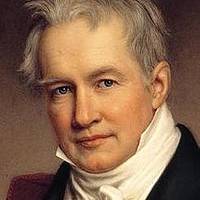 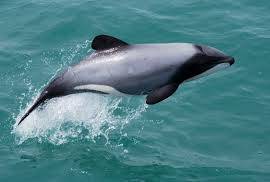