While bright spots of the future maritime growth are projected at the India Shipping Summit 2010, areas of discontentment too get highlighted 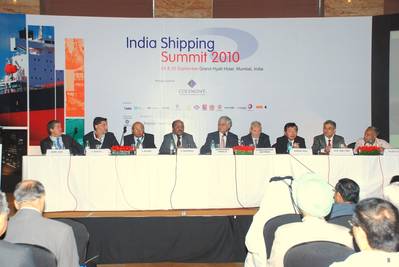 Catching the monsoon twilight in Mumbai, India Shipping Summit 2010 undoubtedly the king of shipping events in the city rolled out a two-day extravaganza wherein over 400 delegates from around the globe attended seeking to make the best of the imminent boom which reputed analysts have been proclaiming. It was evident that organizers Seatrade and TradeWinds had taken great pains to bring together government representatives and stalwart of the Indian shipping trade on a common platform in an endeavor to streamline issues which hinder growth.
Grievances of the industry surfaced at the conference with certain section sparing no effort to lay bare the prevailing discord between the trade and the government on policy matters. Much to the chagrin of Indian ship owners, many desired the relaxation of the Cabotage Law, which restricts movement of foreign-flagged vessels along Indian coasts, for the transport of Indian cargo between ports. Ship makers made fervent plea for strong government subsidy for revitalizing the flagging ship building industry. Rhose representing the coastal trade wanted encouraging policy measures to boost coastal shipping and the containerization process.
In an unprecedented move the organizers got all participants to convey their views and decisions through the Interactive electronic voting system. The results of the votes threw a lot of surprises. There were some amazing results. For example 53 per cent supported the relaxation of Cabotage law during the vote after the Opening & Keynote Session which was graced by the Secretary, Ministry of Shipping, Government of India, K. Mohandas and again 64 per cent favored the same at a latter session which was on “Container, Breakbulk and Coastal Shipping: New Opportunities, New Challenges”.
S. Hajara, representing the Indian ship owners and Chairman and Managing Director of the Shipping Corporation of India well known proponents supporting Cabotage Law said, “Only if there is lack of shipping capacity can foreign companies bring in their vessel and participate in the Indian coastal trade merely by getting the permission of the Director General of Shipping. This is contrary to what exists in other countries especially in the US which has the Jones Act in place.”
Giving the ship owners point of view Y. Khatau, Managing Director of Varun Shipping & the Incoming President of BIMCO said, “There being no level playing field for Indian ship owners, several companies in order to grow have chosen the only way out of the situation which is by forming subsidiaries outside India.” Referring to India’s international trade where only nine per cent is carried by Indian shipping companies because of the disparity he said. “91 per cent of the country’s total freight bill goes to companies registered overseas and India stands to lose not only precious foreign exchange on the freight but also the multiplier impact that would have accrued to the economy.”
On the ship building front, V. Kumar the Chief of Bharati Shipyard conveyed a gloomy picture of the ship building scenario. He said, “The government in Delhi is far too land locked to even think of the maritime sector or any maritime development. We ship builders came, we saw, we flickered and died. That is the state of ship builders in India.”
In his opening address K. Mohandas highlighted the healthy state of the Indian economy. With regard the port sector he stated the Indian tonnage had crossed the 10 million DWT mark just a week back. Another milestone was the combined throughput at all the Indian ports having crossed the One billion tonnes mark. He promised that the government would come out with a coastal policy within a month. “Most of the development taking place in the port sector was happening through the public private partnership mode,” he said. “We are lagging behind in increasing the draft at the ports thus preventing bigger vessels to come in. But we have a plan of action in port development for which we invite private partnership.” He promised that the future agenda was a promising one which would see port capacity double in five years. 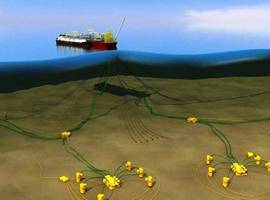