Getting supply and demand right not always good for carriers

It seems container lines will be forced to send vessels back to lay-up in the fourth quarter as demand drops off.

So what is going on in the major trades? Forwarders say there has been no peak season and container lines are heading for some major overcapacity because of excess tonnage being brought in from lay-up and from newbuilding deliveries.

Shipping lines, on the other hand, say there has been a peak season, a very healthy one, but because of the addition of extra capacity there has not been the usual space constraints, cargo rolling and high peak season surcharges, so the peak season has slipped under the radar.

What is impossible to dispute is the huge increase in cargo volumes over the past few months that have seen ships sailing with load factors of more than 90 percent. July’s container throughput at mainland ports grew by 23 percent, leading to impressive traffic through the West Coast ports from Seattle to the Los Angeles-Long Beach complex, and from Antwerp to Rotterdam and Hamburg.

So it seems that largely against tradition the carriers got the supply-demand prediction right this year, not an easy task when most trade forecast reports were prefaced with the words “don’t hold us to this …”, or “how the heck should we know …”.

Unfortunately, getting the demand-supply balance right is not such a good idea. Sure, profitability increased for the carriers and they are mostly in the black, but this came as much from increasing numbers of boxes being exported as it did from increasing freight rates.

But what the lines really wanted was a shortage of capacity and the resulting opportunity to ramp up rates. The equipment shortage that had everyone freaking out a few months ago turned out to be a non-event, and the “equipment repositioning surcharge” quietly disappeared.

Vessels in lay-up created the artificial shortage of capacity for a while, but the lines were forced to bring the ships back into service to cope with the rapidly rising demand from shippers.

Now with the predictions of a serious slowdown from October, the dreaded spectre of lay-up once again hangs over the carriers. There are many very large newbuildings scheduled to come online from now until 2012 and it will take every ounce of creativity by line managers to get these ships working.

Still, the carriers will finish 2010 in a profitable state and the stronger balance sheet will leave them in a far better position to tackle the challenges of a new year and the volatility of an increasingly insane market. 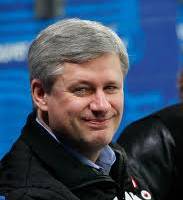