Indian Administration yet to rise to the occasion 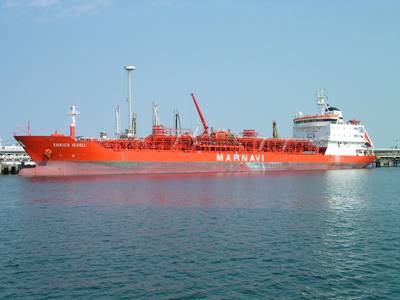 The seafaring community, seafarers’ union, ship owners and the trade appear to have reached the end of their tether as a result of the apathy of the Indian administration towards continuing piracy and mere lip service being paid to the plight of the unfortunate hijacked Indian seafarers.  The last straw has come by way of the hijack of the Italy-flagged MT Enrico Levoli which was attacked some 30 nautical miles off the Omani coast probably by Somali Pirates at about 0300 UTC on 27th Dec’11 while the vessel was sailing from Fujairah (UAE) towards the Mediterranean Sea.

The 138 meters hijacked vessel was carrying about 15,750 metric tonnes of caustic soda. The hijacked seafarers numbering 18 in all onboard comprised 6 Italian, 5 Ukrainian and 7 Indian. The 7 Indian seafarers have been recruited by Andheri (W), Mumbai based Marnavi Shipping Management Pvt. Ltd. on behalf of its principal Marnavi S.P.A, Napoli, Italy.

Italian Foreign Ministry confirmed the hijacking stating that the vessel was off the coast of Oman. He said that situation is being closely watched and declined to provide further details. Simultaneously, Italian Foreign Minister Giulio Terzi di Sant' Agata wrote on his Twitter account that he is following the hijacking of tanker Levoli closely and he intends to maintain a strict confidentiality on the incident to favor a successful conclusion. Agency quoting Domenico Ievoli, the managing director of Marnavi, the ship's Naples-based owner said that the captain of the hijacked vessel, Captain Agostino Musumeci while speaking on Tuesday on phone said that that pirates had boarded his vessel off the coast of Oman and were probably commandeering it towards Somalia. And further added that the condition of all the seafarers is good and they are being treated well by pirates.

Various seafarers’ unions in India have been seeking the intervention of the Director General of shipping and the Government of India to prevent similar incidents taking place. The unabated piracy attack and the Indian seafarers being taken hostage in ever big numbers has got many in the field apprehensive expressing fears of piracy acting as a deterrent to new comers into the sea  career.

Capt D. K. Singh Marine Consultant to the Forward Seamens’ Union of India stated stridently, “The Indian Administration has generally been pussyfooting the whole issue and taking a soft approach towards the Indian seafarers who have been involved in the attack or have been taken hostages.”

According to a release issued by FSUI informed that in the last week Somali pirates had freed another Italian tanker MT Savina Caylyn and its crew of 22 - five Italians and 17 Indians. MT Savina Caylyn was under Somali pirate’s captivity since February 2011. In October another Italian ship the Montecristo, with seven Italians, 10 Ukrainians and six Indians on board hijacked off coast of Somalia was also freed by successful joint rescue operation conducted by British and US Naval Commandos.

With hijacking of Italian Tanker MT Enrico Ievoli a total 43 Indian seafarers are under custody of Somali pirates. Other vessels in which Indian seafarers are under Somali custody are MV ICEBERG 1 which was seized on March 29, 2010, a Roll-on roll-off vessel captured 10 miles from Aden having six Indian crew, MV ALBEDO which was seized on Nov. 26, 2010, a Malaysian-owned cargo vessel taken 900 miles off Somalia as it headed for Mombasa from UAE having two Indian crew.

Marshall Islands-flagged tanker managed by Mumbai-based Anglo-Eastern Ship Management which was seized on Aug. 20, 2011, an Italian chemical oil tanker with its 21 Indian crew. This is the first vessel which was hijacked by pirates from south of Salalah, within territorial water of Oman. And lastly seven Indian seafarers of MV Ashphalt Venture which was released by pirates’ long back but these seven Indian seafarers are still under Somali pirate’s captivity as a reappraisal against 120 Somali pirates captured by Indian navy and held in custody in Taloja, Navi Mumbai jail.