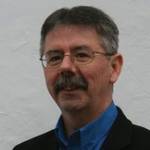 Tom Mulligan was born in London in 1958 and grew up in Manchester, England. His family moved to Arklow, County Wicklow in Ireland in 1972 where he completed his secondary education before entering university at Trinity College Dublin in 1975, graduating in 1979 with a BA Hons Degree in Natural Sciences (Chemistry). He then joined the staff at the National Institute for Higher Education, Limerick (now the University of Limerick) as a Research & Teaching Assistant. Following a period as a production chemist in an electronic circuit board manufacturing company, he returned to the University of Limerick in 1986 where he obtained a Masters Degree in Industrial Chemistry in 1988. In 1989 he joined FMJ International Publications in Redhill, Surrey, England (later known as DMG Business Media, now Quartz Media) as a member of the editorial staff. From 1989 to 2001 he edited a number of publications in the chemical and related industry sectors, including Speciality Chemicals Magazine, Paint & Ink International, European Adhesives & Sealants, and Pharmaceutical Manufacturing Review. In 2001, in collaboration with two DMG Business Media colleagues, he co-founded avakado media, publisher of sp2 Inter-Active magazine and Life Science CLUSTERS magazine. avakado media ceased trading in 2014 and he now works as a freelance science and technology writer.
• Email: tom.mulligan@maritimemail.com
© New Wave Media Int